Good Morning all my lovelies!

It has been quite some time, about 3 years, since I was last here.


AND BOY HOW THINGS HAVE CHANGED...

I guess I should catch everyone up on my life now, but I think I'll make it short and sweet.

THIS IS ME NOW 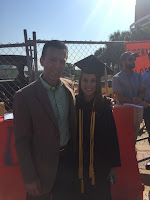 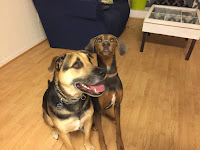 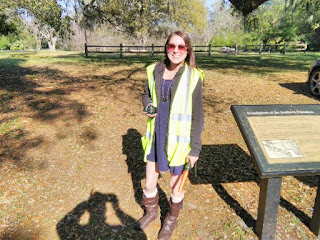 Things are going pretty well for me! I wanted to come back and restart this blog because honestly, I miss doing it. I don't always have much to talk about, but I'm sure y'all like to listen to me ramble about random things anyways right?

Coming back to this blog as a full-fledged adult (scary right?),  I have more insight into adult problems with CF (insurance, jobs, leave time, and co-workers who give you a hard time!), as well as advice to a younger audience like teenage problems and boys (scratch that, I'll never understand guys so don't ask me anything about that)!

Hey y'all!
So I'm a college student, obviously. I usually do not get that dressed up for class. I wear what pretty much every other girl on campus wears. Does that make me "basic"? Probably. Do I care? No, I do not. So all you girls going to college listen up....this is what you'll probably wear.  I figured I would take you through a few of my favorite things to wear: 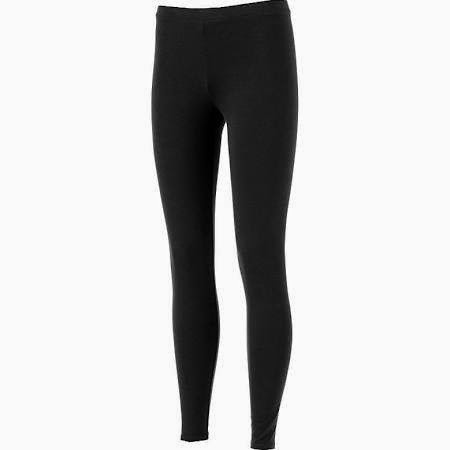 Based on the workout clothes I wear, you may believe that I go to the gym and run when I get out of class. Please do not let it fool you. It is just an appearance.
Posted by Chelsea at 9:58 PM 17 comments:

Why I have a love/hate relationship with Red Band Society 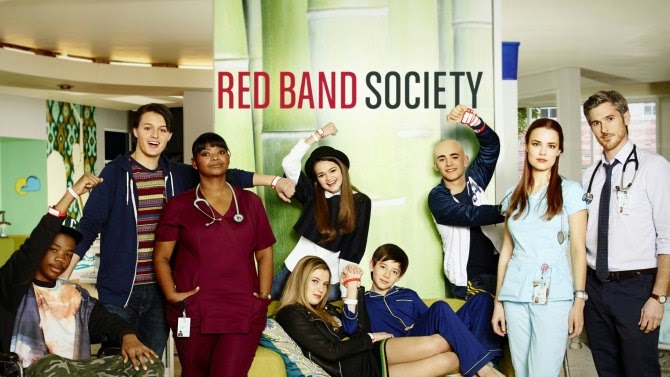 Hey y'all!
Now I know all y'all have heard and/or seen the show Red Band Society because hello it features a boy with Cystic Fibrosis! This is huge for us. I for one was super excited that Cystic Fibrosis was being publicized.

Now don't get me wrong, I did love the show. The whole teens spending their lives in the hospital struck close to home for me. I did enjoy watching it but I could not help but get so irritated every time Dash came on screen.
For all those who have not seen the show, Dash is an African American teenage boy with Cystic Fibrosis. Apparently he is in the hospital waiting for new lungs. 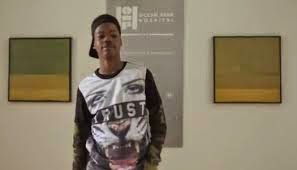 Now maybe its just me and my experience with CF, but this show and how they represent it makes it seem like CF is nothing. The writers of this show obviously had no idea what CF is except what they could get off of google.
Now some of you might not agree but frankly this is my opinion and my blog so whatever.
This show makes being a teen with a disease as glamorous when in reality it is not.
My teenage years in the hospital and being sick were a little different.
My hospital room wasn't huge with beautiful decorations, color everywhere, and big windows.
My nurses were nice and wonderful, but they didn't take me to the dances I was missing or come rescue me from a party that I snuck out to attend.
I did not have a group of friends to hang out with to pass the mundane hospital days.
I was alone most of the time, watching movies in my room. Sometimes a child life person would come hang out and play or game or even bring me a video game system.
I certainly wasn't hiding in closets smoking weed.
These teens are just too happy, too healthy looking, too everything.
Not that sick kids cannot be happy, I always try to smile, but being a teenager with a disease is hard sometimes.
It is sometimes being depressed.
It is understanding that no one understands what you're going through even though they "try."
It is going through a multitude of medical treatments a day and tons of pills.
Simply put it is way more than this show portrays and that's why it frustrates me.
It is more of a fun boarding school than a hospital with seriously ill kids.
Being sick is not glamorous, and it is not fun.
This is real life for so many people and to see it shown like it is one big party is a slap in the face.
I know that this is purely for entertainment but I don't want people thinking CF is nothing because of this show. It is not just CF, all of the diseases shown are downplayed, but I can only speak for CF.

Hey y'all. I totally forget I have a blog about 98% of the time. I know I always say I am going to do better and blog more, but let's be honest, I do a bad job at it. So for 2015 I would really love to step up my blogging game.
SO so so much has happened since I last blogged.


Yes of course I've been sick a bunch. I just recently got out of the hospital Monday. I was oxygen dependent while in the hospital. I'm out now and hopefully on the road to recovery because classes start Monday! 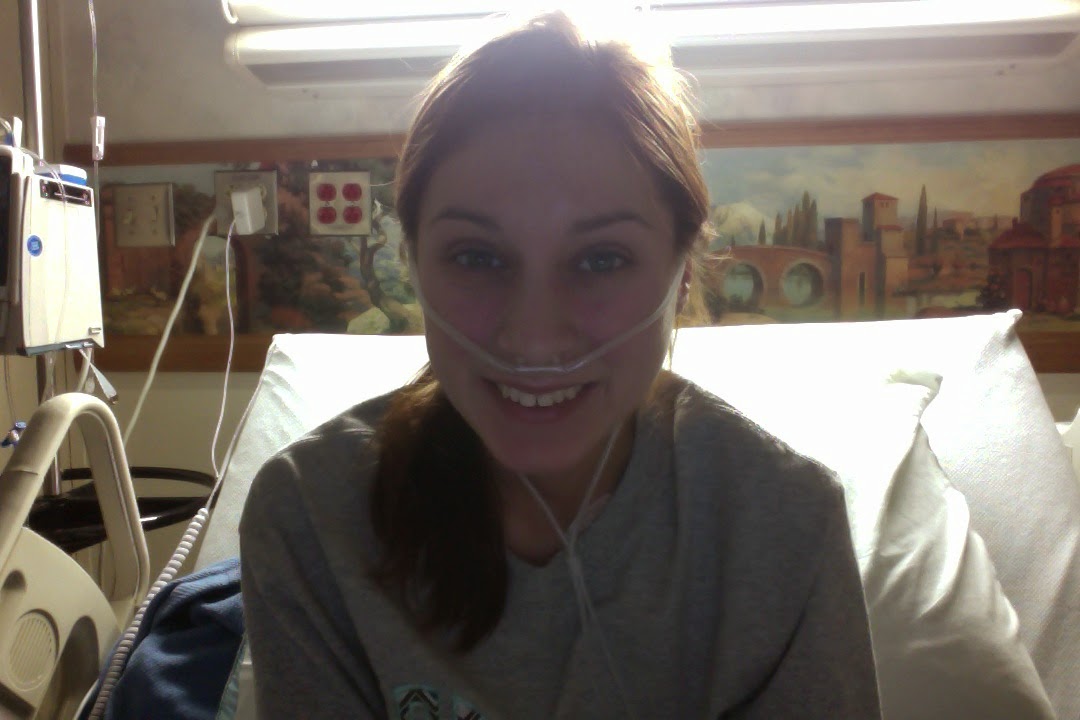 In other news, my best friend got married and I was a bridesmaid. For the bachlorette party we did a pole dancing class and then went out the eat. It was so fun. For all you tiny CFers out there, should you ever decide to take a pole dancing class or just pole dance in general keep in mind that you will spin around the pole really fast (also upside down moves are a lot easier for smaller people!)

School starts Monday and I excited but not. I am NOT ready for class to start again but I am excited for one of my classes. I have a lab that takes place in the kitchen. We get to cook and bake which is my favorite. I even get to wear a chef's jacket and pants! I can't wait to look so official.

SO now y'all are pretty caught up. My upcoming blog posts should be more exciting I hope.

Hey y'all!
Like the title? I love Billy Madison!
It was my first day back at school...and it started bad.


Y'all one of my professors sounds like the teacher on Ferris Bueller's Day off! No lie! But he is actually very entertaining!
Tomorrow is friday so it has to be better!

Hey y'all!
So as y'all know from my last post, I have not been feeling well at all. I ended up going to the doctor's Monday to get a quick check before I started school Thursday (TOMORROW!!). My numbers were the lowest they have ever been. My pulse ox was also 92% and when I did the walking test, it dipped down to 87%. My weight dropped too (of course). Well I was put straight on antibiotics through my port. So I am starting my senior year of college with a port, not that this will be my last year at college haha.

I am so excited to start school. I sound like a total nerd but when you have to miss school, it makes you want it more. Although I am classified as a senior, I still have more than a year left at college. It is fine because I mean if you don't take forever to graduate then are you really even doing college right? Just kidding, I would be graduating had I not decided to transfer and change major but you win some, you lose some. I am just a little concerned walking to class because I think I might actually collapse on the sidewalk. I have no energy and can not catch my breath. We will see!
See y'all next time!
Posted by Chelsea at 1:10 PM 3 comments:

Dear People Who Think I am Lazy

Hey y'all!
I have not been feeling all that great lately again unfortunately. I can't catch my breath and my pulse ox is running 88-91. So to make things simple....I just want to lay in bed all day and sleep. That seems to be the number one thing that people without CF do not understand. They do not understand that we are not being lazy. We simply need days to catch our breath. Even my friends do not understand. They say I need to get out more and get up and do something and to stop being lazy. Even if I explain that I do not feel good, they seem to think that getting up and doing something will magically make me better. In other words....they just think I'm being lazy. It is really aggravating. Especially since they do not understand. This is coming from people who stop their whole lives for a cold. So this is a note to those people who think I'm lazy:

Dear people who just think I'm being lazy,
Please do not pretend to understand how I feel and then criticize me. Sometimes I do not feel good. Sometimes my oxygen is low. Sometimes I'm so sleepy that I cannot get out of bed. Sometimes I cannot breathe and have cough attacks that leave me gasping for air. I am not being lazy. I am not "pulling the sick card." I am sick. Sorry that you do not understand that. Unfortunately I barely have good days. I do not bother you when you lay in bed for days because you have a cold or when you complain loudly when you cannot stop coughing from the cold. Why must you bother me about what I do? Just leave me be, let me have my sick days, my "lazy" days. I do the best I can. I can promise you there are days when I feel like absolute crap but I am still out there going to class, walking tons, cleaning, making dinner, babysitting, all without complaining. You have no idea what it feels like to have to stop and rest after walking for a couple minutes because you're out of breath. You focus on you and I will focus on me.
Love,
Chelsea
Posted by Chelsea at 12:31 PM 5 comments: